How to Handle Tenant Disputes 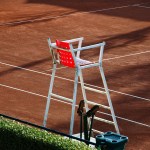 If you’re a new rental property owner/manager, or if you’re just not comfortable handling tenant disputes or confrontations, then you might get panicky just thinking about having to confront tenants about issues that arise.

My boyfriend has this problem.  Apart from his current rental which began just a year ago, he has no prior landlord experience, and watching him learn how to handle issues has reminded me of how terrified I was when I first started.  When I had to handle my first tenant complaint over the phone, I remember my hands shaking because I was so nervous.  I’m an introverted person, so I hate talking to strangers anyway.  But this was going to be even worse: I wasn’t just introducing myself to someone I didn’t know, I was going to be fighting with them over money!  Yikes!  Maybe most people are braver than I am from the get-go, but I felt like I was going to throw up.  Good way to start a phone call, right?

Things have improved a lot over the past dozen years or so.  I’ve had enough practice handling real-world tenant disputes that I feel like I have my strategy down.  A little bit of confidence goes a long way.  Here are some strategies that might help new landlords (or even seasoned ones) handle tenant disputes.

Scenario: Mr. Bird (tenant) tells resident manager (good cop) that he’s going to be a few days late with the rent, because his hours got cut back at work last week.  Resident manager tells Mr. Bird, with regret, that he’s going to have to charge him a late fee if he can’t get the payment in by the 3rd.  Mr. Bird complains, saying “can’t you just cut me a break?”  The resident manager says “I really can’t.  I want to help you out, but I could get fired if I didn’t charge the late fee.  Maybe you could borrow a few bucks from a friend so you don’t end up with a late payment, and then pay your friend back in a few days.”

Mr. Bird may not be able to pay the rent on time, and might be stuck with the late fee anyway, but even if that happens, the relationship between the tenant and the resident manager should survive.  The tenant knows it’s not the resident manager’s fault, so no bridges are burned.  (And hopefully this will prevent the tenant from keying the manager’s car in the parking lot.)

The reason this won’t work if the roles are reversed is obvious.  Let’s say Mr. Rooster (tenant) tells the resident manager (bad cop in this scenario) that he’s going to be a few days late with the rent.  The resident manager says, firmly, that he’s going to charge a late fee.  Mr. Rooster says “can’t you help me out?”  The resident manager says “nope.  You don’t pay on time, you pay the fee.”  Mr. Rooster then sees the owner (good cop) walking through the property.  Mr. Rooster rushes up to the owner and gives his sob story about hours being cut back at work, and asks for an extension of time to pay.  The owner says “okay, you can pay on the 6th this month.  Just get back on track next month, okay?”

If you’re the owner and you’ve got an on-site manager, let the on-site person be the good cop.  The on-site manager is much more likely to be there while the tenants are misbehaving, and he needs to have a rapport with the other tenants in order to persuade the tenants to behave.  If the tenants like the resident manager, they are more likely to listen when the manager says “hey, I need you to keep the noise down or we’re both going to get in trouble.”  Don’t be afraid to be the bad guy, especially if you don’t live at the property.