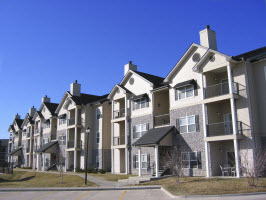 This morning when I was catching up on the morning news, I came across the Block Real Estate Report for Metropolitan Kansas City 2012 (see link at end of post). The report had some very interesting research in it regarding the multifamily market in the Kansas City area, which I thought you all might be interested in.

Kansas City is a stable market that doesn’t have the wide fluctuations in value as some other areas of the US. However, KC does reflect the multifamily market across the US, and is expected to stay strong in 2012.

The Block report said, “With over $223 million in total transactions, Class A properties accounted for more than half of all sales volume while accounting for only 36% of the number of units sold. Apartments sold for an average of $95,700 per unit and capitalization rates dipped to 6.3%. The Fairways at Corbin Park represented the highest price per unit at $110,507. Five of the eight Class A transactions occurred in Johnson County, solidifying the area’s reputation as one of the most desirable in the Kansas City metropolitan area.

The Northland submarket also kept its winning streak going from 2010 with two significant Class A sales, including Barrewoods, which fetched the most aggressive capitalization rate in 2011 at 5.7%.

Class B apartment sales totaled $119 million and included more than 2,150 units sold for an average sale price of $55,300. The average capitalization rate was 7.3%. The market for Class B units was driven largely by the aforementioned portfolio sale to GoldOller, which paid $55,197 per unit with a capitalization rate of 7.5%. Other significant Class B transactions included the 232-unit Signature Place in Overland Park and the 220-unit Clarion Park in Olathe. Class B sales were split nearly evenly between the Johnson County and Kansas City South submarkets.